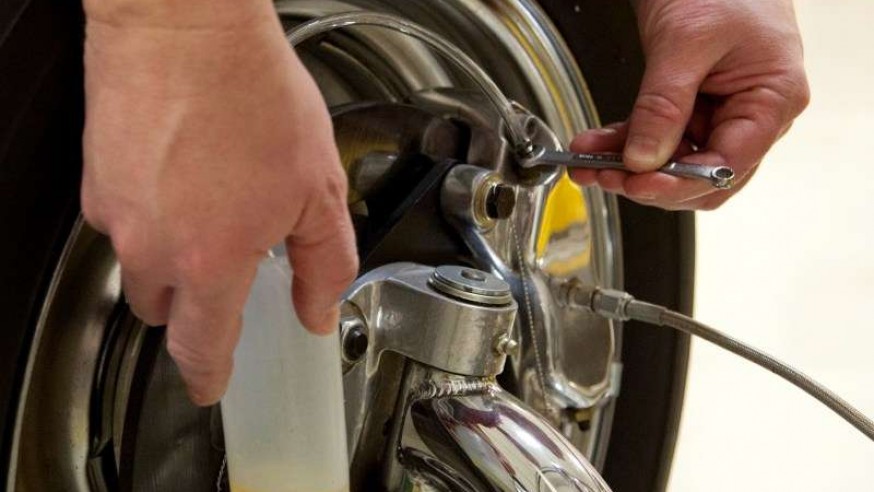 Before Anti-lock Braking System (ABS) was installed on cars, drivers were told to rapidly pump their brakes if they felt a tire start to skid. In conventional base brake system, let’s say you are on a slippery road, going straight, and you hit the brakes. The wheels all lock up. So, you lose traction and control, causing your vehicle to spin. To keep your wheels from locking up, you are required to quickly pump your brakes. Today, you don’t need to pump your car’s brakes, anti-lock braking systems help maintain directional control around hazards if you can’t make a complete stop in time.

Most people panic and hit brakes in a turn or hit brakes too hard and steer at the same time to turn or avoid something. This is why ABS was invented and developed. ABS brake systems were introduced in the late seventies and have enjoyed great technological advances since that time. They are add-on devices to conventional base brake systems. Ever since the application, they have been playing a significant role in car driving safety. According to one study performed by the Australian Monash University, vehicles with ABS are 35% less likely to be involved in certain types of accidents than vehicles that don’t have ABS.

There are several types of ABS systems; some of the most popular models are based from the Bosch ABS Actuator (BAA), Nippon-Denso ABS Actuator (NAA) systems. The basic design and assembly is the same, the Nippon-Denso system has a separate solenoid relay pack and ABS computer, whereas in the Bosch system the two components are combined together. Major components of the anti-lock brake system consist of a computer module, hydraulic assembly, speed sensor(s), wiring, and the amber ABS brake warning light.

If you’ve ever noticed a slight pulsation in your brake pedal on a rainy day, you may have felt your anti-lock brake system (ABS) in action. By helping you avoid skid conditions, ABS effectively allows you to maintain better control over your vehicle. In the following passage, we’ll try to give you a clear picture as how ABS system works.

For your clear understanding, here are 4 components of the system we should discuss first-ABS controller, speed sensors, brake line valves and electric pump. The ABS controller is a small computer and plays as the brain of the whole system; speed sensors are installed on the four wheel assembly and provide ABS controller with speed variations; the brake line valves are electrically controlled valves located in the brake line, they are responsible for the controlling of the brake pressure going to each brake assembly. The electric pump is used to restore the pressure in a brake line.

So, now let’s have a general look at how the components of the anti-lock braking system assembly work together to achieve the established purpose.

The ABS controller constantly monitors the speed sensors. If the speed sensor sense a deceleration out of ordinary (A rapid deceleration appears right before wheels locks up), the small computer reduces the brake line pressure by the brake line valves. This process is very quick and thus the tire slows down at the same rate as the car while it is very near the lock-up point. If your car has equipped with ABS system, in an emergency stop, you should just apply your brake pedal firmly and hold it while the ABS does all the work. When your ABS system is functioning properly, you should have some steering control quickly return so use that to get back on course.

You can always rely on professinal diagnostic tools when yor car ABS fails to work correctly. These diagnostic tools based on advanced technology will save you both time and money. Here I’ll recommend launch scan tool Launch CRP 229, as one of the newest among its series, it incorporates many basic diagnostic functions of its predecessors and develped some more.For more information, click the product image below and have a browse at our website.